At Public Comps, we go through and summarize  S-1s and contextualize the company’s product & market as well as their financial performance against other best in class Public SaaS Companies.

Snowflake was started in the summer of 2012 by French co-founders Thierry Cruanes and Benoit Dageville, two long-time Oracle engineers and colleagues. They were joined shortly thereafter by database performance expert Marcin Zukowski.

The co-founders chose Snowflake as the company's name because of their love for ski sports and because "Snowflakes are born in the cloud" and Snowflake built a cloud data warehouse from the ground up for the cloud.

The founding team's insight was that traditional on-premise data warehouses from Oracle, Teradata, and Netezza were rigid and difficult to use and limited in computation & storage because data warehouses were constrained by the amount of hardware and physical server space companies had. Hadoop was quite popular but they believed Hadoop was too hard to use for most, inefficient, slow and missing key features. Customers they surveyed were not happy with existing solutions. The Snowflake team sought out to build a data warehousing system rearchitected for the cloud that was 10x faster than traditional data warehouses and could leverage the effectively "infinite" scalability of the cloud – companies could store and process as much data as they needed on demand by relying on cloud vendors like Amazon's S3 which had an estimated 1.4m servers globally as of 2014.

Sutter Hill Ventures was the first investor in Snowflake and the investment partner Mike Speiser was Snowflake's first CEO from 2012-2014 until they brought on long-time Microsoft executive Bob Muglia on as CEO in June of 2014. Bob Muglia

Snowflake brought Frank Slootman on as Snowflake's CEO in mid June. Frank who was the former CEO of Servicenow and helped scale the business from $100m revenue to over $1.4b revenue in his 6 years with Servicenow.

Here are a few examples of pain points real-life customers ran into prior to switching over to Snowflake.

Chime - Getting data into one place: You're the director of operations at Chime, a smarter digital bank for the mobile generation. You want to understand how to get more users to engage with a feature to locate fee-free ATMs using the Chime mobile app. However you have terabytes of customer data across different data sources from mobile/web traffic data on your production database, Google Analytics, iOS/Android, and you want to centralize all your data in one place so you can have your analytics team query the data and figure out exactly how users are using Chime.  However, running queries on your existing legacy data warehouse takes forever and ingesting semi-structured data like JSON takes a long time too. Additionally, you want to use the best-in-breed reporting and visualization tools but your legacy cloud data warehouse doesn't provide out of the box integrations with Tableau or Looker. Your analytics team is frustrated.

Strava - Speed & Maintenance: You're a data engineer at Strava (social network for athletes) and your analytics team is complaining that queries that should take 15 seconds are taking 15 minutes with your existing cloud data warehouse vendor. Your analytics team is trying to understand how and why athletes enjoy using Strava to figure out what new features to build. Additionally, you have to spend hours maintaining the cloud data warehouse every time a query takes a while and you wish you could spend time focusing on building additional data features for your athletes as opposed to hoping your cloud data warehouse runs properly.

EA Sports - Speed & Cost: You're the chief architect of Electronic Arts one of the largest sports gaming video studios in the world. Data from your customers is projected to grow from 16 TB or over 100 TB due to new users, more usage and new platforms. You're existing infrastructure is an Oracle database  with Oracle and Informatica middleware to move data from external vendors like Xbox, Sony, Apple, Google and your own internal data from your ERP into your Oracle data warehouse. However, when your analysts want to run reports on the number of users that are, say, playing FIFA at a given time, getting data into Tableau up and running takes 9-12 hours a day which is frustrating for your analysts. Additionally, the cost of Oracle is growing even when you aren't running analytics and just storing your data.

Snowflake is a data warehouse built for the cloud. Simply put, Snowflake allows organizations from growth stage startups to large Fortune 500 companies to centralize all their analytics data from various SaaS applications, production databases and data silos into one place so analyst can write SQL or use Tableau to get insights and make business decisions.

Justin Gage at Technically does an awesome job explaining what a data warehouse is exactly and how that's different than, say, a transactional database like MongoDB or Postgres.

Customers have the option to pay on demand or for pre-paid capacity to get volume discounts.

Pricing is broken out by storage, compute (virtual warehouse), and cloud services:

Here's an example of what pricing could look like for 4TB and 955 credits per month – it comes out to $23k/year and notice how much more expensive compute (the virtual warehouse) is at $21k/year compared to the cost of storage ($1k/year).

Cloud Adoption is accelerating: The biggest tailwind that Snowflake is riding is the shift from on-premise databases and data warehouses to the cloud. They cite an IDC report that 49% of data will be stored in public cloud environments by 2025, an increase from approximately 30% today.

Explosion of Data: Snowflake makes a fairly straight forward argument that the amount of data is increasing which warrants a solution like theirs: "The rise of cloud-based workloads has led to a proliferation of connected devices, applications, and social media, resulting in an explosion of digital data. According to IDC, there will be 175 zettabytes of data by 2025, representing a CAGR of 27% from 33 zettabytes of data in 2018. This data contains valuable insights for organizations, including key business and performance metrics, customer attributes and behavior, and product strengths and capabilities."

Data is Important in Decision Making: Bob Muglia put it well in his keynote that "data is so critical to our business" and that "data is having an major impact across our globe". From their S-1: "Data is at the heart of business innovation. It helps set new standards for managing customer relationships, delivering engaging and personalized customer experiences, anticipating new market trends, predicting customer behavior, and informing new business strategies. We believe organizations everywhere are seeking ways to transform their businesses by capturing, analyzing, and mobilizing data."

Data Warehouses: Snowflake really competes with enterprises with deeply entrenched relationships with legacy on-premise data warehouse providers like Oracle, Netezza and Vertica and with the cloud vendor giants like Amazon Redshift, Azure Synapse and Google Big Query. It seems like anecdotally a lot of customers tried Redshift as their cloud data warehouse but due to cost or ease of use, they ended up switching over to Snowflake. An important strategic positioning is that Snowflake works with all cloud vendors and so Snowflake benefits from a neutral third party that can work with Amazon, Microsoft and/or Google.

Here's the breakdown of the number of customers per company according to HG Insights: Snowflake is clearly growing the fastest among all cloud data warehouse vendors

Some interesting quotes online about Snowflake vs the other cloud vendors:

BI/Analytics: It's worth noting that Snowflake is making significant investments into their query UI and acquired Numeracy back in March 2019. Looker seemed like a big partner of Snowflake until the acquisition by Google – Snowflake seems to be pushing the stack of Snowflake, Informatica, Tableau quite a bit in their material around accelerating analytics. With Snowflake Snowsight, I wonder if Snowflake is making a more active role in bringing more of the reporting and non-coding related capabilities in-house so there's less dependency to use a third party like a Mode, Sigma, Looker, or Tableau. See below screenshots from a Snowsight webinar:

ELT/ETL: Fivetran recently raised at $1.2b post and the company plays a crucial role in increasing the time to value of Snowflake: Fivetran pipes application data into Snowflake and the various cloud data warehouses so customers don't have to build individual connectors again and again. It's interesting that Snowflake fueled the growth of Fivetran and Matillion as channel partners and featuring both pretty heavily in their documentation and integrations page but one wonders if Snowflake will build these connectors themselves as some point to capture a larger piece of the pie.

If Snowflake were to go public at $30b, Sutter Hill Venture's 20% stake will be worth a whopping $6B for the firm. Wow.

For the average high growth SaaS company, EV/NTM Revenue (analyst estimates) is 23.4x and EV/NTM Run Rate Revenue (our estimates) is 18.6x as of August 27th, 2020. You can find real-time valuation multiples here.

Snowflake is currently ~$532m ARRR growing 121% – assuming Snowflake grows another 100% YoY, Snowflake will be roughly ~$1b ARRR in a year.

Applying the 26-32x EV/NTM Run Rate Revenue, we believe Snowflake will price at $26-$32B when the business goes public.

Snowflake is a generational company that we think will continue to grow as more and more companies centralized their analytics data into a cloud data warehouse like Snowflake. The trends of more data, the shift from on-prem to cloud, and data becoming an important part of decision making should continue to fuel the company well beyond their IPO.

Congratulations to the Snowflake team and to their investors! 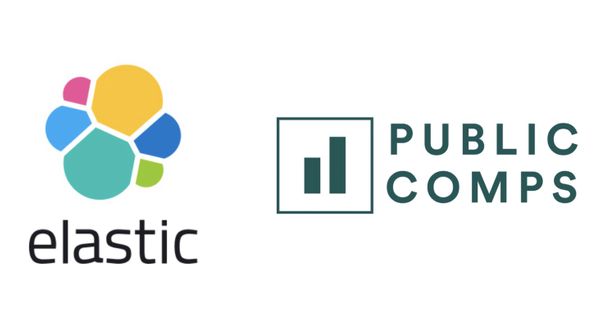