"Embrace accountability, and take business risks under your own name. Society will reward you with responsibility, equity, and leverage." - Naval

Caveat: I'm a software investor by training who spent time in the crypto boom of 2017 studying Bitcoin and looking at startups building infrastructure for exchanges, institutional investors, the government, etc. I've remained an investor (I mean hodl-er) of Bitcoin since buying in 2017/2018 and wanted to better understand why we've had a run up in prices and what COVID-19 means for Bitcoin. But I'm not an expert on crypto – far from it – and instead would point others to read Matt Huang's piece if you want a more in depth read on why Bitcoin. I simply try to summarize the key drivers of Bitcoin from a macro perspective by reviewing the existing body of work out there.

TL;DR From a macro lens, COVID-19 seems to have accelerated the adoption of Bitcoin as 1) high government deficits due to COVID-19 and central banks printing money to finance deficits may lead to inflation and distrust towards financial systems/governments and drive investors towards stores of value like gold or Bitcoin (which we argue is better than gold) to preserve their wealth 2) governments are discouraging cash transactions so payments are shifting from cash to online payments of which Bitcoin is a potential payment rail.

What is Bitcoin: Launched in 2009, Bitcoin is a digital currency that enables peer-to-peer payments that can settle instantly and doesn’t require a financial intermediary like a bank or a government. Unlike currencies issued by sovereign governments, Bitcoin is decentralized which means no one individual or actor can arbitrarily increase the supply of Bitcoin. All of the code that operates the Bitcoin blockchain is freely accessible online.

Market Narrative & Context: The prevailing market narrative is well highlighted by Ray Dalio who claims Bitcoin is a speculative bubble, isn’t very good as a medium of exchange, not a great store-hold of wealth because of its price volatility, the government will ban the currency if bitcoin is successful, and doubts central banks, major institutional investor, or business would use or buy Bitcoin. A NYU Economist stated “Bitcoin is the biggest bubble in human history”.

Contrary to the market narrative, I'm long Bitcoin because:

2. Bitcoin is better than gold

3. There's evidence that some investors are choosing to invest in Bitcoin over gold

4. Given the low interest rate environment, investors also like the appeal of Bitcoin’s upside

5. 2020 saw the entrant of notable investors and organizations adopting Bitcoin

Here are some quotes from notable investors

Here are some announcements from organizations

7. COVID has driven consumers to use digital payments instead of cash

Risks to Bitcoin and this trade?

2. Price volatility drives users away from wanting to use Bitcoin.

5. Governments banning the use of Bitcoin:

Confluent $CFLT is one of the most successful enterprise-focused open-source companies that follows the path trail blazed in recent years by Elastic and MongoDB. We summarize the S-1 filing and walk through Confluent’s story, key metrics, product, market, competition, and valuation. 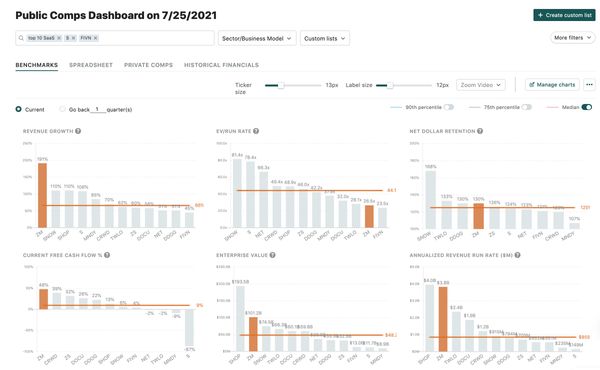