Aneesh filling in this week! Lots of exciting earnings this month with Marqeta $MQ reporting its first earnings as a public company. Marqeta shares were down 8.9% in after-hours trading Wednesday following the earnings report.

2. Marqeta is dominating the BNPL space showcasing that it's the only provider with the capabilities and unit economics that customers need

"Affirm, Klarna, Afterpay, Sezzle, they really drive experience and they don't build one product, they build multiple products on our platform. I think, that's number one. Second is through multiple geographies. So we know how to operate inside of not only different regulatory environments, but different technology environments, different operational environments. This is very, very complex and experience is key. We have over 11 years of experience doing this. And just like we had built out in the beginning, we talked about this on the road show. When we think about commerce disruptors, Buy Now Pay Later, or BNPL, is right there. And our goal has always been to dominate a vertical. Go in, land and expand winners, get the experience and go ahead, operate these businesses at scale."  - Founder and Chief Executive Officer Jason Gardner

3. Credit issuing drastically increases the serviceable addressable market and will serve as a growth driver for the next few years

"We wanted a better experience for consumers and businesses. We wanted them to be able to create just like the promise of APIs and when we started our business, is to create cards that either can disrupt entire industries or solve large problems at scale. They couldn't do that with cards that were just -- look like everyone else's cards delivered by banks. So we thought the same way with credit. What does the credit card of the future look like? And how can they go and build that? So we have a fairly large team here at Marqeta focused on that product. We believe that product in the coming quarters will expand. We'll have more to announce there, but certainly excited about credit. And then, there's a number of other areas in regards to not only issuing and processing but card products and the associated processing that goes around a lot of the tools and things certainly around program management." - Founder and Chief Executive Officer Jason Gardner

4. International expansion will catalyze TPV growth as customers like DoorDash and Klarna expand into new markets.

"Modern card issuing is certainly a global phenomenon in towns, cities, countries, continents, the ability for customers to accept payment cards, whether online or offline, is continuing to grow around the world. And we see absolutely no change in that. In fact, we're going to see it increase because we're seeing, obviously, massive reductions in cash. This is international, specifically a huge opportunity for Marqeta in the future. Our business has been global for a long time. We've been transacting in basically every country that you can transact in, in the world. The secular trends we've been discussing apply every major market, not just the U.S. And moving from cash to card, as I mentioned, and then from card to mobile, is really a worldwide phenomenon."  - Founder and Chief Executive Officer Jason Gardner

Keep in mind numbers are projected lower for Q3 due to the tax season filing deadline shifting further into Q2.

Expect Q3 revenue growth to be driven by digital banking and BNPL offerings.

Marqeta is largely a bet on enabling novel capabilities through a modern programmable card issuing platform. TPV and net revenue growth for the next several years will be all about legacy and new companies creating use cases for programmable cards as well as Marqeta's ability to sign up "whales" like existing customers Uber and DoorDash. Given that retention figures for Marqeta's card issuing platform is extremely high, landing and expanding within new customers will serve as the primary catalyst for revenue growth. Marqeta's long-term outlook is largely ambiguous given that many use cases for Marqeta programmable platform haven't been created yet.

We released a beta version of Public Comps in GSheets a few weeks ago! We’re making a last call for beta testing - if you’re interested in checking it out feel free to shoot us an email! We’d love to onboard you and get your feedback.

As always let us know if you have any questions or comments! 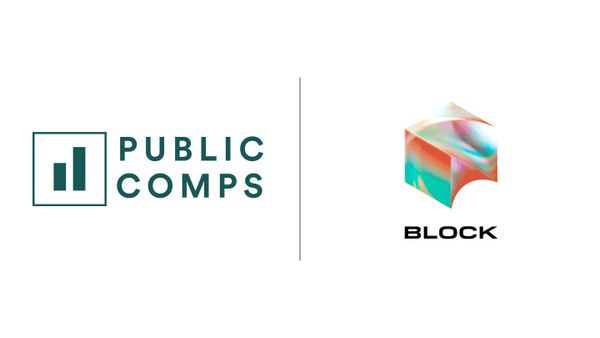